So impressed with the fish.
Had wonderful hake last week, Sole tonight, Gorgeous! Would recommend it to everyone! 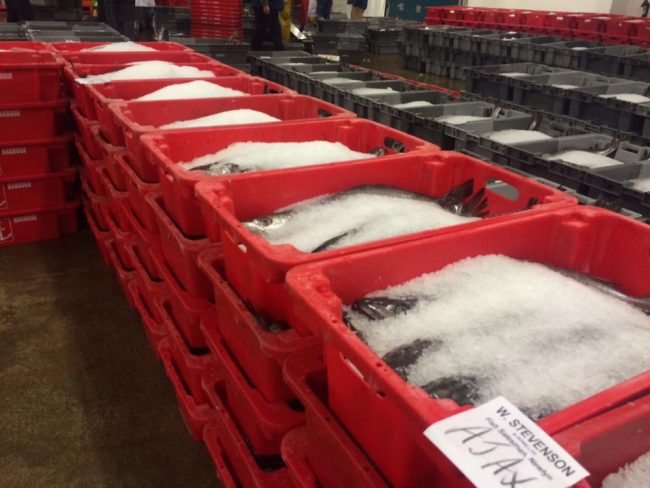 This morning saw 3 net boats landing a huge catch of Hake. The Ajax was one of them. All of the boats also had Cod, Pollack, Haddock and lots of other species.

We had 3 beam trawlers with Monk and Soles and a whole load of Black gold! (cuttle fish) Its Cuttle fish season now and we will see large landings of it right into the new year. We’re also seeing a few Line caught sea bass caught by the “Lamorna” and “Cod”.